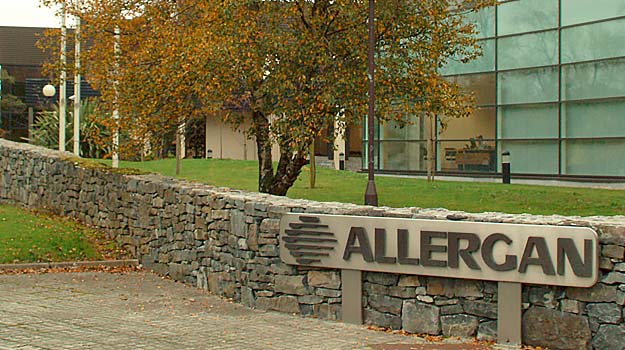 Despite positive Phase III clinical trial data for Allergan’s age-related macular degeneration drug, investors weren’t as positive about it. There are data in the trial that is partly to blame for that lack of enthusiasm, but it’s likely also related to the courts tossing its patent-protection scheme.

First things first. On July 19, Allergan and Molecular Partners announced the data of two positive clinical trials, SEQUOIA and CEDAR for abicipar for treatment-naïve patients with neovascular age-related macular degeneration (AMD). Abicipar is a new class of drugs known as DARPin therapies. The trials compared abicipar, a DARPin drug, to ranibizumab in the patient population. The primary endpoint was the proportion of treated patients with stable vision at week 52.

Seeking Alpha notes, “The abicipar readout was one of the key catalysts for the company over the next six to nine months. Despite the seemingly positive results, the stock has actually moved down slightly over the last several days of trading.”

In terms of the two clinical trials, this is likely related to the inflammation signal. Not only was it higher than in the ranibizumab arm, but it was also higher than many investors expected. And it’s problematic because abicipar differentiates itself from competing drugs Eylea and Lucentis by only needing dosing once every 12 weeks, compared to four weeks for Roche’s Lucentis and four or eight weeks for Regeneron’s Eylea. One downside of abicipar already is that it is administered by ocular injections. Most people would vastly prefer eye drops to eye injections. But increased inflammation over competitors, along with the need for injections, could cause competitive issues.

Another factor, and one with fairly wide-ranging repercussions, about four years ago Allergan devised a scheme to protect its Restasis patent from generic competition by selling the patent to the St. Regis Mohawk Indian Tribe in New York state for $15 million a year (where Allergan paid the tribe), and then leasing it back for $13.5 million. The idea was the tribe’s sovereign immunity would shield it from patent challenges. It was an attempt also to dismiss patent challenges filed by Mylan NV, Teva Pharmaceutical and Akorn.

As Bloomberg notes, “For Allergan, the agreement to give up about a days’ worth of Restasis sales was a way to keep the patents away from a board that’s been called a ‘death squad’ by critics because it has a higher rate of invalidity rulings than district courts. The upstate New York tribe, which got an initial $13.5 million plus the promise of annual payments as long as the patents are in force, was looking for a much-needed source of revenue.”

Although it was unlikely other companies were going to attempt it, after several suits, a federal appeals court ruled Friday, July 20 that the tribe’s sovereign immunity didn’t protect it from inter partes review (IPR). The three-judge court ruled that IPR was more of an “agency enforcement action than a civil suit brought by a private party, and we conclude that tribal immunity is not implicated.”

Legally and ethically, Allergan’s efforts in this regard were perceived as a cynical and blatant attempt to avoid U.S. patent laws and nobody believed the company’s chief executive officer Brent Saunders’ attempts to spin it as something being done to help the tribe.

The upshot of this means that the patent reviews will continue as usual. And since Restasis is Allergan’s second-biggest seller, behind Botox, there may be some competition on the way to eat into its $1.5 billion-per-year sales.