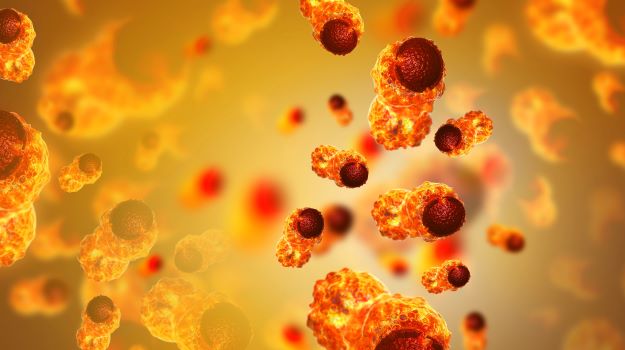 Since its discovery in the late 1800s, radiation has continued to be one of the go-to treatments for cancer. Through the years, radiation has become more targeted to mitigate the splash area damage it causes to healthy tissue around the cancer target. The last decade has brought an even greater level of precision with the introduction of radiopharmaceuticals – drugs that deliver radiation therapy directly and specifically to cancer cells via the bloodstream.

"Targeted radiopharmaceutical therapies represent the next foundational modality to treat cancer," said Dr. Ken Song, co-founder and Chairman of the Board of Ablaze and President and CEO of RayzeBio, Inc. "In forming Ablaze, we realized to be successful, it was critical to have a company focused on the China market and focused on radiopharmaceuticals."

Ablaze has aligned itself with RayzeBio right off the bat. Rayze already has a radiopharmaceuticals pipeline over half a dozen strong. The team up between the two companies gives Ablaze a solid start with an in-licensing agreement to bring Rayze's products to the greater China market.

Ablaze has a foot in both Shanghai and San Diego. Skimping on the details, Ablaze already has a program in the clinic and an academic partnership in the works in addition to its partnered programs with RayzeBio.

The radiopharmaceuticals market has been heating up since the 2013 FDA approval of Bayer-acquired targeted alpha therapy Xofigo. According to one study, prostate cancer patients whose cancer had spread to the bone were 30% less likely to die when treated with the drug. This is in addition to standard-of-care, than those receiving placebo in addition to care.

According to the National Cancer Institute's blog, the approved radiopharmaceuticals have thus far been held back due to a lack of appropriately trained physicians. Because doctors can use imaging to measure exactly how much of the drug has reached the tumor in real-time, doses can be personalized to individual needs. But the multidisciplinary expertise required for such treatment is hard to find, leaving patients to receive a one-size-fits-all dose that isn't optimal for their treatment.

As with most cancer treatments, it's unlikely radiopharmaceuticals will wipe out cancer independently. However, the drugs have great potency in seeking out cancer cells spread in amounts too small to even be seen via traditional imaging. Using in combination with immunotherapies or radiation sensitizers has the potential to make treatments far more effective. For companies working on these, we can likely expect to see more collaborations as they move into the clinic.

Ablaze is confident it can bring TRT to China with its partners to become a leading player in the vast market.