A Look at the Year's Most and Least Successful Biotech IPOs 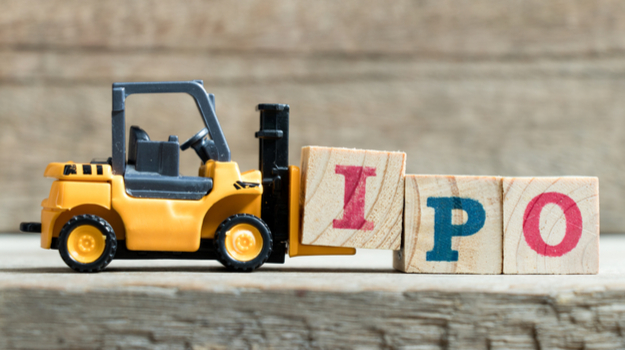 This year was a record-breaking year for biotech IPOs, with a couple breaking all sorts of records. Most notable for the size of their IPOs was Moderna, which raised about $604 million in its much-anticipated offering. Another big IPO for the year was Allogene Therapeutics, which raised $324 million at a $2.2 billion market cap. And in July, Rubius Therapeutics raised $241 million with its IPO.

Although the size of the IPO is one aspect of determining the success of a company’s public launch, it’s not the only metric. How the stock does in the ensuing months is a very important consideration.

The end of the year has been marked with dramatic stock shifts, with the Dow falling 508 points, the S&P 500 down 2.1 percent and the Nasdaq into negative territory for the year. At this point, a stock drop may have more to do with investors’ concerns about the Trump administration’s trade policies and the overall economy than it has to do with the value of specific companies. With that metric in mind, let’s look at this year’s biotech winners and losers.

Tilray. With global operations, Tilray focuses on medical cannabis research, cultivation, processing and distribution. It is the first GMP-certified medical cannabis producer to supply cannabis flower and extract products to patients, physicians, pharmacies, hospitals, governments and researchers on five continents. Tilray’s shares have increased a whopping 350 percent since its IPO on July 19. Most recently, the company signed a global framework agreement with Sandoz AG, the generic and biosimilar division of Novartis.

Allakos. Headquartered in Redwood City, Calif., Allakos is focused on eosinophilic gastritis and other mast cell and eosinophil-driven diseases. Its lead program is AK0022, an antibody that targets Siglec-8, an inhibitory receptor found on eosinophils and mast cells. Company shares have risen 210.11 percent since its IPO on July 19. The company recently indicated it had completed enrollment in its Phase II trial for chronic spontaneous urticaria, cholinergic urticaria and dermatographic urticaria.

ARMO BioSciences. Also headquartered in Redwood City, Calif., ARMO perhaps should have an asterisk by it. The company focuses on immuno-oncology. The company’s IPO was on January 26. Company shares increased 194 percent this year. Why it deserves an asterisk is because Eli Lilly and Company acquired the company in late June for $50 per share in cash. ARMO’s AM0010 (pegilodecakin) is currently in a global Phase III trial in metastatic pancreatic cancer.

Inspire Medical Systems. Based in Maple Grove, Minn., Inspire is a medical device company focused on sleep apnea. Since its IPO on May 3, company shares have increased about 163.44 percent.

Liquidia Technologies. Headquartered in Morrisville, NC, Liquidia’s proprietary PRINT technology gives the pharma industry the ability to design drug particles uniformly and in a variety of sizes and shapes. This can improve the therapeutic potential of the drugs, while minimizing risk and cutting time to market. Since its IPO on July 26, shares have risen about 99.55 percent.

Genprex. With headquarters in Austin, Texas and Cambridge, Mass., Genprex is a clinical-stage gene therapy company. The company has two ongoing clinical trials. One is a Phase I trial at The University of Texas MD Anderson Cancer Center evaluating intravenous Oncoprex monotherapy in stage IV recurrent, metastatic lung cancer. The other is a Phase II trial of Oncoprex in combination with Tarceva (erlotinib) in stage IIIB/IV lung cancer patients. Since the company’s IPO on March 29, shares have fallen 78 percent.

Eyenovia. Based in New York, Eyenovia is a late-stage ophthalmic biopharma company working on therapies for front and back-of-the-eye diseases, including myopia progression, glaucoma and other eye diseases. The company announced on December 3 that it had completed patient enrollment in its Phase III MIST-1 trial and enrolled its first patient in the second Phase III trial, MIST-2, for its Phase III MicroStat program for pharmacologic mydriasis, or dilation of the pupil for an eye exam. Since its IPO on January 25, shares have dropped 70.90 percent.

Menlo Therapeutics. Located in Menlo Park, Calif., the company focuses on developing and commercializing serlopitant to treat pruritus (itching) associated with various conditions. On December 10, the company announced positive top-line results from MTI-109, its Phase II clinical trial of serlopitant for pruritus associated with psoriasis. The trial met its primary endpoint. The company’s shares have dropped 70.18 percent since its January 25th IPO.

Neon Therapeutics. Based in Cambridge, Mass., Neon Therapeutics is focused on neoantigen-targeted therapies. On December 6, the company announced it had dosed its first patient with NT-003, Neon’s Phase Ib combination trial of NEO-PV-01, a personal neoantigen vaccine, in a patient with metastatic melanoma. The company launched its IPO on June 27. Since then, shares have dropped 66.81 percent.