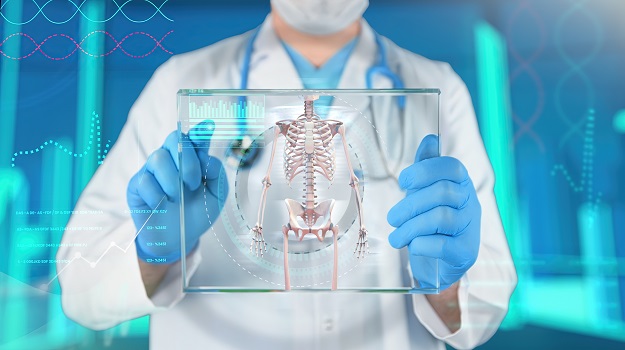 Many drugs work by matching up to a pocket or molecular receptor on a protein, like a key into a lock. Some proteins have been dubbed “undruggable” because no obvious pocket or receptor has yet been found. Now, Dr. David Baker from the University of Washington may have found a kind of “skeleton key” to fit all locks — specifically, he created an algorithm to design “keys” to unlock these proteins. Baker and his team published their research in the journal Nature.

The authors wrote, “The design of proteins that bind to a specific site on the surface of a target protein using no information other than the three-dimensional structure of the target remains an outstanding challenge. We describe a general solution to this problem which starts with a broad exploration of the very large space of possible binding modes to a selected region of a protein surface, and then intensifies the search in the vicinity of the most promising binding modes.”

They then tested this by designing binding proteins for 12 diverse protein targets with multiple different shapes and surfaces. All of the binders were smaller than 65 amino acids, were “hyperstable” and after experimental optimization, bound to their targets “with nanomolar to picomolar affinities.” They analyzed the crystal structures of five of the binder-target complexes and found that all five “were very close to the corresponding computational design models.”

They screened almost half a million candidate binder structures for the 12 protein targets. The algorithm highlighted possible hits, as well as a so-called “cheat code” that makes binders more efficient at attaching onto the targets.

One of the most significant aspects of this was that the software used only the structure of the target protein to design binder keys.

“The ability to generate new proteins that bind tightly and specifically to any molecular target that you want is a paradigm shift in drug development and molecular biology more broadly,” Baker said.

Previous computational approaches to finding pockets and designing molecules that fit into them exist, but they tend to have very high computational demands. It also often requires knowledge about known protein structures, which is not always available. Another approach is to search for hot spots on a target protein, but these hot spots aren’t always available or accessible to binders.

Baker’s team describes it as being like rock climbers attempting to climb a new wall. The climbers are binders, the wall is the surface of the target protein. By looking, they can see a lot of potential hand and footholds — in the case of proteins, side chains and protein pockets. But the biggest ones, the so-called “hot spots,” aren’t always capable of holding the climber for the entire pathway.

So, their software maps out all of the holds, even if they’re not necessarily good places for binders to latch onto. This provides a broad range of potential binding sites, most of which will fail, but some might work very well. A subset of these spots is then “challenged” by thousands of binders that attempt to find a promising route. Once the best pathways are identified, more binders will evaluate the pathways in detail.

The team’s protein structure and function mapping program is called Rosetta. It depends upon “traditional physics, according to Dr. Lance Stewart, chief strategy and operations officer at the Institute for Protein Design, where Dr. Baker’s laboratory is headquartered, instead of machine learning or deep learning powers.

It all sounded good on the computer, but they needed to test it in the real world. That’s where the 12 proteins came into play. Among the proteins tested, they were involved in cancer, insulin (diabetes), and aging. They also ran tests on surface proteins on the COVID-19 virus and influenza viruses. With astounding success.

“The possibilities for application seem endless,” said Dr. Sjors Scheres, joint head of structural studies at the MRC Laboratory of Molecular Biology in Cambridge, UK, who wasn’t involved in the study.