7 Cool Examples of How Researchers Turn to Nature for Inspiration 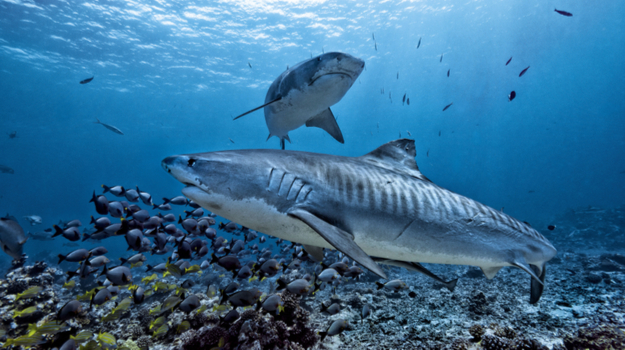 The design of a shark's skin is used as a model for U.S. Navy ship coatings.

Researchers at Harvard University recently published a study in the journal PNAS, describing the structure of a cat’s tongue. Which is undoubtedly exciting for the cats, who are one of nature’s “most fastidious groomers,” but has resulted in a possible commercial product called the TIGR (the Tongue-Inspired Grooming) brush.

Essentially cat tongues have tiny spines called papillae, that are able to move large amounts of saliva from their mouths to their fur. This has a dual purpose, both helping the cats stay clean, but lowering their body temperature.

Although still in the experimental stages, Hu and his graduate student Alexis Noel believe the TIGR comb not only will be an improved comb for pet grooming, but also for applying lotions and creams to cat skin without shaving the fur and may have applications for sorting textile fibers.

This is an example of what is called biomimicry. That is, looking at how things are done in nature and applying that to solve problems. One example is the Shinkansen high-speed train in Japan and the others in the 500-series bullet trains that can travel 200 miles per hour. Blunt-nosed trains created atmospheric pressure waves in tunnels with resultant sonic booms and vibrations.

Eiji Nakatsu, an engineer with JR West, an avid birdwatcher, was reminded of a bird called the kingfisher that is able to dive into water to catch fish without making much of a splash. He applied the shape of the kingfisher’s bill to design of the Shinkansen trains, and cut the 500-series’ air pressure by 30 percent, which also reduced electrical usage by 15 percent and allowing an increased speed of 10 percent.

Cemvita, a company focused on developing biologically-inspired manufacturing solutions, has a system called a Bionic Plant Module that can uptake carbon dioxide, water, and solar energy to produce critical biomolecules like glucose or any other carbon-oxygen chemical out of air and sunlight. This mimics photosynthesis.

NASA has an interest because taking materials to space is cost prohibitive and this would allow, say a Mars mission, to use building blocks from the planet’s atmosphere to create food supplements and other materials. And on Earth, because the system can draw carbon out of the atmosphere, has implications for dealing with climate change.

So far KBL has created 20 transgenic lines of silkworms that create spin cocoons containing spider silk proteins. The company has a million-dollar contract with the US Army.

But KBL isn’t the only company working to develop products inspired by spider silk. A Japanese company called Spiber is trying to create an artificial spider thread that is both super strong and flexible, and researchers at The University of Akron are creating synthetic duplicates of spider-silk “attachment discs” that spiders use to attach their webs to surfaces.

They release trehalose, a simple sugar molecule, which replaces the water as it leaves the tardigrades. The cell membrane releases the water and instead binds to the sugar. This allows the proteins to stay in the same place and configuration as they were when fully hydrated. When water is reintroduced, water molecules replace the trehalose.

Vaccines typically require refrigeration during shipping and treatment. Biomatrica’s technology would allow live vaccines to no longer need to be refrigerated—just add water. Another company out of England, Nova Laboratories, has developed a similar product.

Nature, it seems, has an unlimited imagination. Human beings, on the other hand, are increasingly turning to nature for a little help.