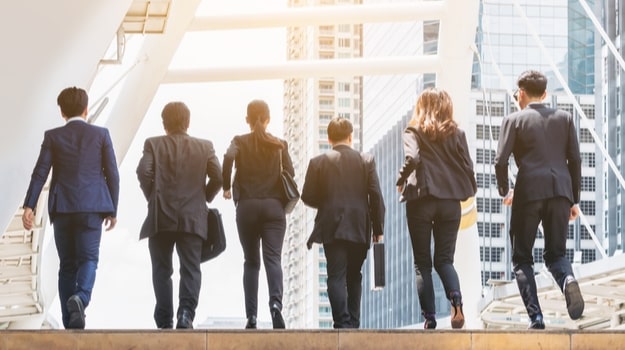 Chief executive officers are typically the face of a company, accepting accolades when a business succeeds and wearing the company’s weight on their shoulders when rough roads appear. There are numerous standout CEOs in the pharmaceutical industry who tirelessly guide their companies through scientific ups and downs across multiple disciplines.

Several CEOs have stood out from their peers throughout the past year, winning recognition from the Healthcare Technology Report as being among the Top 25 CEOs of the year. These CEOs have been recognized for demonstrating “ingenuity, skill and perseverance in solving tremendous challenges across the life sciences industry.”

BioSpace looks at five of the CEOs on the list and why they were selected.

In 2021, GSK’s Emma Walmsley weathered several challenges from disgruntled stakeholders who objected to her leadership as the company advanced toward the division of its pharmaceutical and its consumer healthcare business. Some investors shared concerns that Walmsley’s background before her 2017 appointment as CEO had been in the consumer healthcare business and not on the pharma side of things. The investors claimed that Walmsley lacked the industry knowledge to continue guiding the company.

Walmsley and GSK closed out 2021 with a strong financial position driven by $46 billion in revenue despite those challenges. Those revenues could grow as Walmsley noted there are multiple R&D catalysts and significant milestones in late-stage pipeline assets expected in the coming months.

Under the separation agreement, Walmsley will continue to head the pharma business dubbed New GSK. In June 2021, Walmsley outlined the projected de-merger of the two GSK businesses. She predicted the standalone pharma business will have projected revenue of about $46 billion by 2031 and consistent growth of more than 10% operating profit over the next five years. New GSK is expected to be a growth company fueled by new vaccines and specialty medicines. The pharmaceutical business will focus on four core therapeutic areas: infectious diseases, HIV, oncology and immunology/respiratory.

Emil D. Kakkis, M.D., Ph.D., president and CEO of California-based Ultragenyx, a company focused on developing therapies for rare and ultra-rare diseases, predicts a busy 2022 for the company. Ultragenyx is enrolling patients in six ongoing clinical programs and launching Evkeeza in Europe. Evkeeza, a monoclonal antibody for treating homozygous familial hypercholesterolemia, was approved last year by the U.S. Food and Drug Administration. Following a January partnership with Regeneron to commercialize Evkeeza outside the United States, Ultragenyx announced plans to submit reimbursement dossiers with national health authorities in Europe in 2022.

Also, this coming year, the company has plans to expand its commercial efforts in Japan and complete the construction of its gene therapy manufacturing facility in Bedford, Mass. The 100,000 square-foot facility will allow Ultragenyx to produce the materials for its gene therapies rather than rely on contract manufacturing companies.

Germany’s CureVac GmbH strove to be a company that delivered a vaccine against the SARS-CoV-2 virus but ultimately came up short with a medication that only showed a 48% efficacy. That did not stand up to the powerhouse vaccines developed by Moderna and Pfizer and BioNTech. Instead of washing their hands of the failed medication, CEO Franz-Werner Haas opted to pivot and begin developing second-generation vaccines that could stand up to emerging variants of concern.

Under Hass’ guidance, CureVac forged a new partnership with vaunted vaccine developer GSK to develop these second-generation medications. Before selecting a viral target, the companies were first focused on the mRNA technology necessary for a second-generation drug.

In addition to antiviral efforts, the company’s mRNA technology also shows some promise in liver fibrosis. While the data is still in the preclinical stage, CureVac published a report on the impact of mRNA in liver fibrosis in the Journal of Hepatology in August.

Another mRNA-focused company, Arcturus Therapeutics, focuses on developing vaccines for infectious diseases and therapies for liver and rare respiratory diseases. Joseph Payne is the founder and CEO of the San Diego-based company. The company’s pipeline assets are based on its transcribing and replicating (STARR) mRNA technology and are delivered via Arcturus’s proprietary LUNAR lipid-mediated delivery system.

With its STARR Technology, Arcturus enables a vaccine to generate a protective immune response or drive therapeutic protein expression to potentially prevent or treat a variety of diseases. The self-replicating RNA-based prophylactic vaccine triggers rapid and prolonged antigen expression within host cells resulting in protective immunity against infectious pathogens.

The year 2021 was significant for California-based Avidity Biosciences as it transitioned into a clinical-stage company under the guidance of CEO Sarah Boyce. Avidity Biosciences aims to disrupt the way RNA-based therapies are delivered to patients through its Antibody-Oligonucleotide Conjugates (AOCs) platform.

Last year, the company initiated a Phase I/II program for its lead product candidate, AOC 1001, designed to treat myotonic dystrophy type 1 (DM1), a rare, genetic, life-threatening neuromuscular disorder that causes impairment in muscle function, cognition and quality of life. Speaking to BioSpace last year, Boyce called the move to the clinic the “culmination of years of engineering and research that will demonstrate the progress of our muscle franchise and AOC platform.” AOC 1001 is a proprietary monoclonal antibody that binds to the transferrin receptor 1 (TfR1) conjugated with a siRNA targeting DMPK mRNA. Data is expected at the end of 2022.

Coming into 2022, Avidity anticipates three programs in clinical development by the end of the year. In addition to AOC 1001 in DM1, the company expects AOC 1044 to enter the clinic for Duchenne Muscular Dystrophy. AOC 1044 targets Exon 44. Also, the AOC 1020 is in IND-enabling studies for Facioscapulohumeral Muscular Dystrophy.