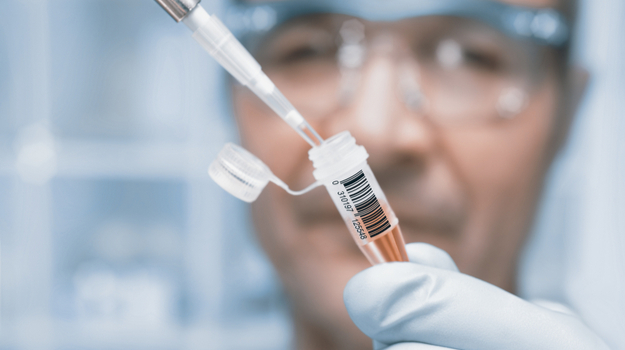 It was another busy week for clinical trial updates. Here’s a look.

AstraZeneca announced that its Brilinta (ticagrelor) hit the primary endpoint in the Phase III THALES trial in stroke. The study showed that 90mg of Brilinta twice a day and taken with aspirin for 30 days, provided a statistically significant and clinically meaningful decrease in the risk of stroke and death compared to aspirin alone. The trial was run in more than 11,000 patients who had a minor acute ischemic stroke or high-risk transient ischemic attack (TIA) in 24 hours before the beginning of treatment.

AstraZeneca also announced that its Phase II DESTINY-Gastric-1 trial of it and Daiichi Sankyo’s Enhertu (trastuzumab deruxtecan) met the primary endpoint and key secondary endpoints in patients with HER2-positive unresectable or metastatic gastric or gastroesophageal junction cancer that had progressed after two or more treatments including trastuzumab and chemotherapy. The primary endpoint was an improvement in objective response rate (ORR). It also hit a key secondary endpoint, statistically significant and clinically meaningful improvement in overall survival (OS).

Pacific Neuroscience Institute began enrollment in a Phase II clinical trial of neflamapimod in patients with dementia with Lewy bodies (DLB). The drug was granted Fast-Track status in November 2019 by the FDA. Neflamapimod is an oral p38 alpha kinase inhibitor.

Hansa Biopharma closed patient enrollment in its Phase II trial of imlifidase in severe Anti-BGM antibody disease. The first data readout is expected in the third quarter of 2020. Anti-GBM antibody disease is also known as Goodpasture’s disease. It is a severe kidney disease where the immune system abnormally develops IgG antibodies causing an acute immune attack on the kidneys and sometimes in the lungs. Imlifidase is an endopeptidase derived from Streptococcus pyogenes that has specificity for human IgG.

It completed enrollment in the Phase Ib double-blind study of resinferatoxin compared to placebo for pain from moderate to severe osteoarthritis of the knee. The trial enrolled the last of 93 patients in early January. An initial readout is expected in March 2020. No dose limiting toxicities have been seen and statistically significant improvements for pain were identified for both doses in the expansion cohorts.

The company also finished enrolling the initial cohorts in its Phase Ib study of epidural resiniferatoxin injection for pain associated with cancer. Fourteen patients were dosed in the initial part of the trial, following a dose escalation plan. The trial also completed with no observed dose limiting toxicities and with marked decrease in pain for two out of three of the cancer patients receiving the highest dose, 15 microgram. The trial was then expanded to one additional dose group of 25 micrograms. The company plans to recruit up to six more patients by the second quarter of this year.

The early data from the Phase Ib study confirmed the potential of the drug for cancer pain management. RTX binds to TRPV1 receptors, selectively ablating the nerve endings responsible for pain signals.

Deinove announced the inclusion of the first patient in its Phase II trial of DNV3837. DNV3837 is an IV antibiotic that crosses the GI barrier and accumulates in the intestinal lumen, which allows it to precisely target the infection site. It is being evaluated in C. diff infections.

Incyte’s ruxolitinib cream hit its primary endpoint in its Phase III TRuE-AD2 trial of atopic dermatitis (AD) in adolescent and adults. The primary endpoint was Investigator’s Global Assessment Treatment Success (IGA-TS), defined as an IGA score of 0 (clear) or 1 (almost clear). The drug showed at least a two-point improvement from baseline at Week 8 compared to the placebo vehicle control.

Incyte and Eli Lilly announced topline results from its Phase III trial (FREEZE-AD4) of baricitinib in topical corticosteroids for the treatment of adults with moderate to severe atopic dermatitis who did not respond to treatment with cyclosporine. The primary endpoint was the proportion of patients achieving at least a 75% or better change from baseline in the Eczema Area and Severity Index (EASI) at Week 16.

Acceleron Pharma’s Phase II PULSAR trial of sotatercept hit its primary and secondary endpoints in pulmonary arterial hypertension. The primary endpoint was statistically significant reduction in pulmonary vascular resistance at week 24 compared to placebo. Sotatercept is designed to be a selective ligand trap for members of the TGF-beta superfamily to rebalance BMPR-II signaling, a key driver of PAH.

NuCana dosed the first patients in its Phase III trial of Acelarin plus cisplatin for first-line treatment of biliary tract cancer. The trial is being conducted in both the U.S. and Europe. Acelarin is derived from the nucleoside analogs gemcitabine.

University of California, Los Angeles (UCLA) reported that six patients with X-linked chronic granulomatous disease (X-CGD) are now in remission and have halted other treatments after receiving a stem cell gene therapy. The trial is in collaboration with the UK’s National Health Service, France’s Genethon, the U.S. National Institute of Allergy and Infectious Diseases at the NIH, and Boston Children’s Hospital.

Akcea Therapeutics and Ionis Pharmaceuticals announced positive topline data from the Phase II trial of AKCEA-ANGPTL3-LRX in hypertriglyceridemia, type 2 diabetes and non-alcoholic fatty liver disease (NAFLD). The primary endpoint was significant lowering of triglyceride levels. AKCEA-ANGPTL3-LRX is an antisense therapy that reduces the production of angiopoietin-like 3 (ANGPTL3) protein in the liver.

Emmaus Life Sciences announced topline results in the first patient in the company’s Pilot/Phase I study in diverticulosis. The study is using the same pharmaceutical-grade L-glutamine (PGLG) oral powder used in Endari to study the change in the number, shape and size of colonic diverticula. The first patient received a colonoscopy at the beginning of the study and after six months of taking 15 grams of PGLG twice a day. Although preliminary, they study so far found creased size in some of the diverticula compared to baseline, as well as evidence of a healing process.

Autolus Therapeutics announced additional data from its Phase I/II clinical trial of AUTO3 for relapsed/refractory diffuse large B cell lymphoma (DLBCL). AUTO3 is its next-generation programmed T-cell therapy. In the cohort receiving 450 X 106 AUTO3 cells plus Merck’s Keytruda, five out of seven achieved a response, complete + partial, and four out of seven achieved a complete response. At all dose levels, seven out of eight complete responders had ongoing complete responses at a median follow up of six months.

Sanofi announced that its olipudase alfa had positive results in two different clinical trials for the treatment of acid sphingomyelinase deficiency (ASMD), also known as Nieman-Pick disease. Olipudase alfa is an investigational recombinant human acid sphingomyelinase. The trial had two independent primary efficacy endpoints that evaluated different critical manifestations, progressive lung disease and enlarged spleen, both common in ASMD. The trial was deemed positive if one of the primary endpoints was met. Both were met.

VistaGen Therapeutics’s IND for AV-101 for dyskinesia in Parkinson’s disease was cleared by the FDA. They plan to proceed with Phase II of the drug, which is an oral NMDAR glycine site antagonist.

SQZ Biotech dosed the first patient in its Phase I trial of SQZ-PBMC-HPV. The therapy is an autologous cell therapy made up of SQZ-engineered antigen presenting cells (APCs) designed to induce CD8 T-cell responses against HPV16. The focus is on cell therapies for patients with HPV+ tumors.

Rubius Therapeutics dosed first patient in its Phase Ib trial of RTX-134 for phenylketonuria. RTX-134 is an allogeneic, off-the-shelf cellular therapy for PKU. It is an open-label, single-dose safety, tolerability and PK study in up to 12 PKU patients.

CytoDyn announced positive data in its Phase Ib/II clinical trial of leronlimab in metastatic triple-negative breast cancer and metastatic breast cancer. The patients in the mTNB trial showed no detectable levels of circulating tumor cells after receiving leronlimab in combination with carboplatin at 16 weeks. They also showed reductions in epithelial-mesenchymal transition (EMT) cells. Leronlimab is a CCR5 antagonist.