Illumina Chief: “The Goal Should Be This Is Our Last Pandemic” 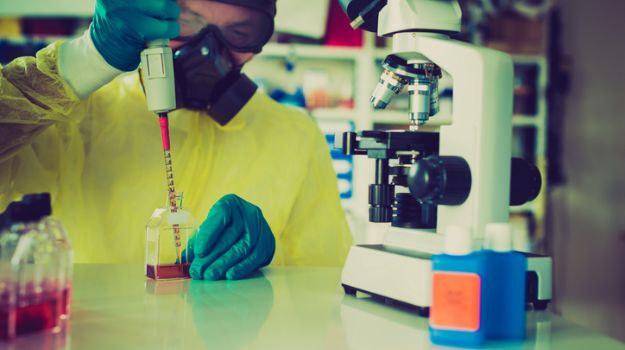 More than two years into the COVID-19 pandemic, some experts, business leaders and government agencies are starting to prep for the next potential pandemic. Here’s that story and more.

CDC Turns Attention to the Next Pandemic

Although COVID-19 doesn’t appear to be done with us, the U.S. Centers for Disease Control and Prevention is shifting some of its resources to modeling and predicting potential new pandemics. The agency is launching the Center for Forecasting and Outbreak Analytics. It originally started in late 2021 in response to the Omicron surge, but the official launch came when the White House pushed for improving the U.S.’s health threat warning system. They compare it to something like the National Weather Service for infectious diseases.

Currently, the CDC doesn’t have the capabilities or authority to direct public health data collection. It provides forecasts and can analyze data, but that data can be incomplete.

The CFA received $200 million from the American Rescue Plan and has already awarded $21 million to academic sites and $5 million to federal partners to advance modeling and forecasting initiatives.

Illumina’s chief executive officer, Francis deSouza, points out that the U.S. and the world’s capabilities to sequence the genomes of viral and bacterial pathogens aren’t nearly robust enough.

“We’re nowhere near where we need to be ultimately in terms of leveraging genomics to fight pandemics,” deSouza said. “What we need is a global system that is looking for the emergence of either new coronaviruses or antimicrobial resistance or even a bioterrorist attack.”

As Illumina is the world’s leader in genomic sequencers, deSouza’s comments may seem self-serving. However, he points out that while the UK has built out its system for sequencing viral samples, most other countries, including the U.S., have not. And most countries prioritize virus testing, not sequencing for new strains. This left most countries poorly equipped to deal with the rise of variants such as Delta and Omicron.

deSouza said that some states in the U.S. sequence about 20% of all positive tests, while others barely sequence any.

“There still isn’t a federal strategy,” deSouza said. “It’s still the case where it’s left up to communities and the states, and the states have decided differently what they’re going to do.”

deSouza is advocating for a “Bio Force” program that would identify future pathogens. He thinks it should leverage efforts from the national defense sector, public health agencies like the CDC and the World Health Organization, and commercial entities that might gather and sell data.

“The goal,” deSouza said, “should be this is our last pandemic.”

Yet Another Omicron Subvariant Gaining Ground in the U.S.

More transmissibility is expected as viruses evolve because it gives viruses a competitive advantage. “That’s what the selection pressure on the virus is,” noted John Moore, PhD, a professor of microbiology and immunology at Weill Cornell Medical College in Manhattan.

A more significant concern is if new variants are more deadly, but that hasn’t been seen with the Omicron variants to date. Generally, killing the host is not a competitive advantage for viruses.

Omicron Affected Children in the U.S. Most

The CDC reported that approximately 90% of U.S. children hospitalized for COVID-19 were unvaccinated during the Omicron wave. It also caused a record high number of pediatric hospitalizations from December 2021 to February 2022. About 20% of children hospitalized during the Omicron wave were placed in intensive care units. Disease severity was much higher for children with diabetes or obesity, with about a third having no underlying conditions.

Drugs for Chronic Conditions Could Protect Against COVID-19

A large study by the National Institutes of Health (NIH) found that certain drugs for chronic conditions, such as angiotensin-converting enzyme inhibitors (ACEIs), angiotensin-receptor blockers (ARBs), warfarin, statins, direct-factor Xa inhibitors and P2Y12 inhibitors, were linked to lower risk of COVID-19 infection and poorer outcomes. The study looked at medical records of 374,229 patients 65 and older enrolled in Medicare Part D from April 1 to December 31, 2020, then matched them to uninfected controls. Of them, 74.6% (278,912) were taking at least one study drug, with the three most common being statins for high cholesterol (50.1%), ACEIs for high blood pressure (50.1%) and ARBs for high blood pressure and to treat heart failure (22.3%).